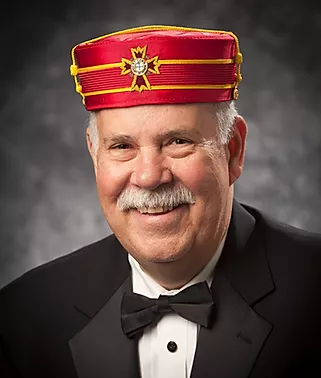 The Richmond Valley of the Scottish Rite is a large organization. To keep it running, we rely on valuable members stepping up and taking the responsibilities of stewardship upon themselves either by becoming officers or simply by growing themselves and the organization as a whole.

Our officers make decisions about how the Valley will run. Changing each year, they, with the help of the other members, decide what our goals will be, control our finances, bestow degrees, and lead our gatherings and rituals. You can learn who is running things for the year as well as the folk in our four bodies here

Overseeing the Richmond Scottish Rite Temple and offering guidance to these officers of the Scottish Rite Bodies are the temple officers and trustees. These members are led by the Personal Representative of the Deputy or Sovereign Grand Inspector General of the Orient of Virginia and they can be found here

The investiture of the 32° Knight Commander of the Court of Honour or the conferral of the 33° Inspector General Honorary (IGH) is considered a great privilege. For those folk who has received this honor, we maintain a roster of those still living and in good standing with the Valley here

Finally, in acknowledgement of those who grow our fraternity with new members and keep it alive with good will and good deeds, we maintain a listing of those who have received the membership medal of honor and we thank them here